Last weekend was a good one. Well, Friday – Sunday. Spent a lot of time with family and made some good memories. What could be better? (Wow I’ve changed). Don’t worry I snuck a few gins/wines in.

Anyway, Friday was spent at Wynford farm. If you’re local I highly recommend it. Even if you don’t have children it’ll still make for a nice day out. Unless you’re not into mud and animals smells then I’d probably stay away.

We met up with Mikes family and firstly had lunch, which was lovely then took Jack and Libby into the soft play area. Jacks first time in soft play was just too cute to watch, not much happened. In fact, I don’t think he knew what on earth was going on but was still a lovely memory made. Libby (our niece) on the other hand was in her element with a massive slide. I can’t count how many times she went down it and every time her face lit up like it was the first time. Was so cute to watch. 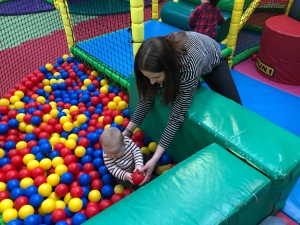 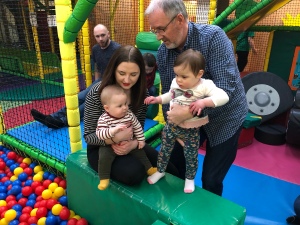 We never actually ventured outside to the farm park to see the animals because it was unbelievably cold and windy, but we will head back in the warmer weather to see all the animals I’m sure.

Saturday Mike and I had a day out in Aberdeen, with my parents and brother looking after Jack. We first went to the cinema to see black panther which was really good, was loving the sheer amount of girl power in the film and I also might be a little bit in love with Danai Gurira. I’m not the biggest fan of the cinema but meant I got snacks and who doesn’t love that? Afterwards we did a bit of shopping, picked up some a few goodies from H&M and some bits for Jack. Honestly, I can’t stop myself. He has far too much clothes now. Although with the rate he’s growing he will be out of all his 6-9 stuff soon, so probably a good thing I’m stocking up on 9-12 pieces.

I had a voucher from my birthday for a few restaurants in Union Square, so we were on a mission to find somewhere that wasn’t queued out the door, finally found Ask Italian which was still a wait but at least less than an hour (remind me to book in future). Meal was really good, wine was even better. Win win.

We had originally planned to be out the house by half 10 on Sunday morning, which of course never happened. 12 o’clock hit and we finally headed out to Hazelhead Park. By the time we fought our way through classic Aberdeen traffic we had to head straight to the cafe to give Jack his lunch. It’s always fun feeding a baby in public, all the distractions mean a messier feed than usual if that’s possible. I also asked Mike to get me a coffee and he came back with tea, but I’m not one to hold a grudge…

After lunch, we went for a walk around the park, so Jack could get a nap and afterwards we headed to the petting zoo, I have so many memories of being there when I was younger, so I wanted to go back. It’s small, but cute. You can see how it looked so much bigger when you were a child, but it really doesn’t take long to see all the animals. Jack woke up when we were inside the aquarium and I’ve never seen a child look more confused. Once he woke up a bit he loved looking at all the fish tanks, taking in all the bright colours. 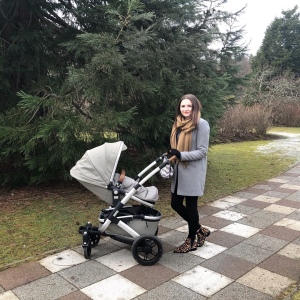 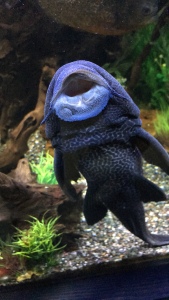 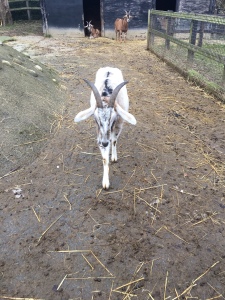 After the park we headed up to see my great gran who loved seeing Jack. It’s always so amazing seeing them together knowing the 101-year age gap. Cuppy, cake and bottle done, we nipped into Next. I think Next is my favourite place to buy Jacks clothes. Everything always washes so well, and I find the sizes are slightly on the bigger side which means more wear. After Next, we headed home with a very tired baby. Who refused to nap the whole way home, which resulted in him crying himself to sleep 3 minutes before we got home. Typical.

Hope you all had a lovely weekend!

Start a Blog at WordPress.com.